This fact sheet provides basic information about cinnamon — common names, what the science says, potential side effects and cautions, and resources for more information.

Cinnamon comes from the bark of trees native to China, India, and Southeast Asia. A popular cooking spice in many cultures for centuries, cinnamon also has a long history of use as a folk or traditional medicine. For example, many ancient societies used cinnamon for bronchitis. Additional folk or traditional uses include gastrointestinal problems, loss of appetite, and control of diabetes, as well as a variety of other conditions.

Cinnamon bark is used to make powders, capsules, teas, and liquid extracts. Although there are many kinds of cinnamon, Ceylon cinnamon (sometimes referred to as “true” cinnamon) and cassia cinnamon (also known as Chinese cinnamon) are the most familiar.

What the Science Says About Cinnamon

About Cinnamon Side Effects and Cautions 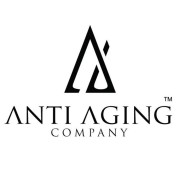